McAfee Sends a Message from His Grave 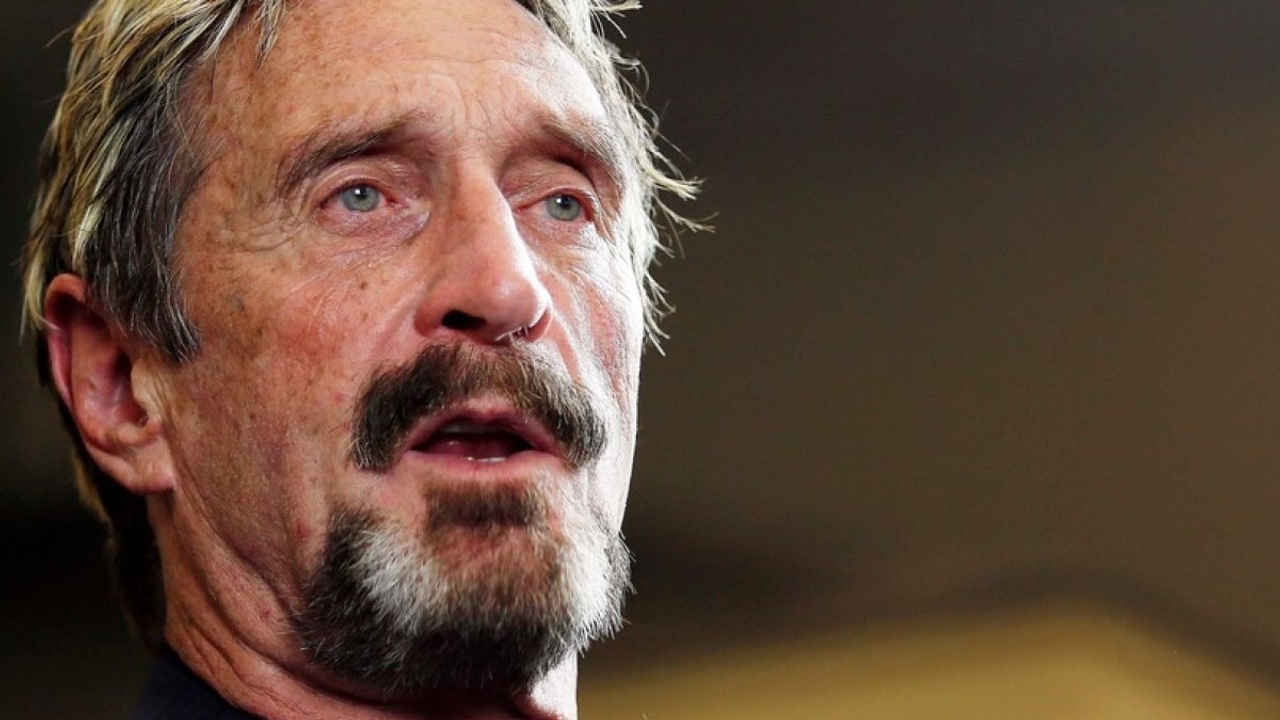 John McAfee was the eccentric founder and US presidential candidate. He died from an apparent suicide. According to some reports, he preferred to die than be extradited to the U.S. to face tax evasion, securities fraud, and money laundering charges for what he allegedly did during the 2000s. That is another story.

McAfee antivirus is what interests me. It's a poor product that McAfee sold his software company for $100 million in the 1990s. How did he do that?

Perhaps he was just in the right spot at the right moment doing the right thing.

He was one of several computer geeks who worked for Lockheed in 1987. Because it was still the wild frontier of computers, no one knew what they were doing.

Yes, girls and boys, there was a time computer users were so ignorant.

McAfee was saved by a tiny virus called Michelangelo, which infected 5 million computers around the world. These scare tactics prompted people to buy antiviral software immediately and at any price.

McAfee was well-positioned to capitalize on the growing demand for antiviral software in a matter of days.

(If McAfee is eccentric in real life, then you might wonder if he didn’t allow Michelangelo to help him jumpstart his business. Although I haven't seen any evidence to support it, I don't think so. Follow the money. Who could profit more from the first computer virus to infect the world than the company that sold the remedy? But I digress...)

Two years after Michelangelo's death, McAfee stunned the business world when he resigned as CEO and sold his shares for $100,000,000.

He would have been a multibillionaire if he had held onto his shares until Intel purchased McAfee Associates.

This is what I find fascinating: He created software that could heal computers in a matter of minutes. Maybe he believed he could also invent a medicine that would heal people, just like our current antibiotics are too ineffective.

However, what he meant and what actually happened are two very different things.

McAfee seems to have been distracted by fun drugs and big guns, as well as a lot of women.

McAfee ran a ferry service and a bar when his antibiotic company collapsed due to the loss of its chief scientist. McAfee lived alone in remote areas with seven of his girlfriends (7!). He had seven girlfriends (7!). He became involved in gang activities. Belize authorities even attacked him in search of a meth lab. Sheesh. You get the idea.

McAfee fled Belize after being identified as a "person of interest" in the murder of his neighbor. McAfee claimed that he was the victim of incompetent government assassins who entered the wrong house.

McAfee is dead just hours after Spain's National Court approved his extradition to America. He could spend up to 30 years in prison if convicted.

What can we learn from John McAfee's life? There are many things we should avoid about McAfee's life, but there are some gems. These are the things McAfee might be able to tell you if he could speak from his grave.

1. The more serious the problem is, the more people will spend money on it and the quicker they do so.

The first major virus struck, and his company was struggling. People couldn't afford to give him enough money quickly because he had a problem that needed to be solved immediately. There was no bargaining or buying for price. There was no "I need to think about" or discussion with my spouse types of objections. It was more like, "Take my money now, please!"

You are there to offer immediate defense and protection for the homeowner, no need for convincing or sales copy.

Recently, I injured my back. Although it wasn't a major injury, it was enough to make getting out of bed each morning difficult. Because I suddenly had aged 20 years, I was unable to move because of the pain.

What was I to do? I bought every spine device I could find, from a back brace to a massage gun to a massage chair to a massage gun to a massager to fix the problem. I also purchased pain pills, anti-inflammatory and lotions to ease the pain. I even spent money on yoga videos. It wasn't about the price. It was more about "Will it help me?" I bought it if I believed it would. There was a pressing problem that I needed to solve, and I wanted to pay my money immediately.

(If you are curious, the chair massager was and still is the best.

2. Take what worked in one niche, and transfer it to another.

McAfee was able to provide a solution for any problem that might arise. He knew, like many others, that computer viruses would soon be a serious threat to anyone who has a computer. He had to find the solution.

There were many reasons why antibiotics became less effective. What if he invented a new antibiotic to combat new strains of antibiotic-resistant bacteria. This new company, if successful, would turn his original $100 million into pennies.

McAfee took home $100 million. This was a huge sum for a company that he had started just a few years ago. He could have easily made that much if he held onto half of the stock and only cashed out $50 million. He would have been a billionaire if he had waited until 2010.