The Ghost Town that Fell into the Sea 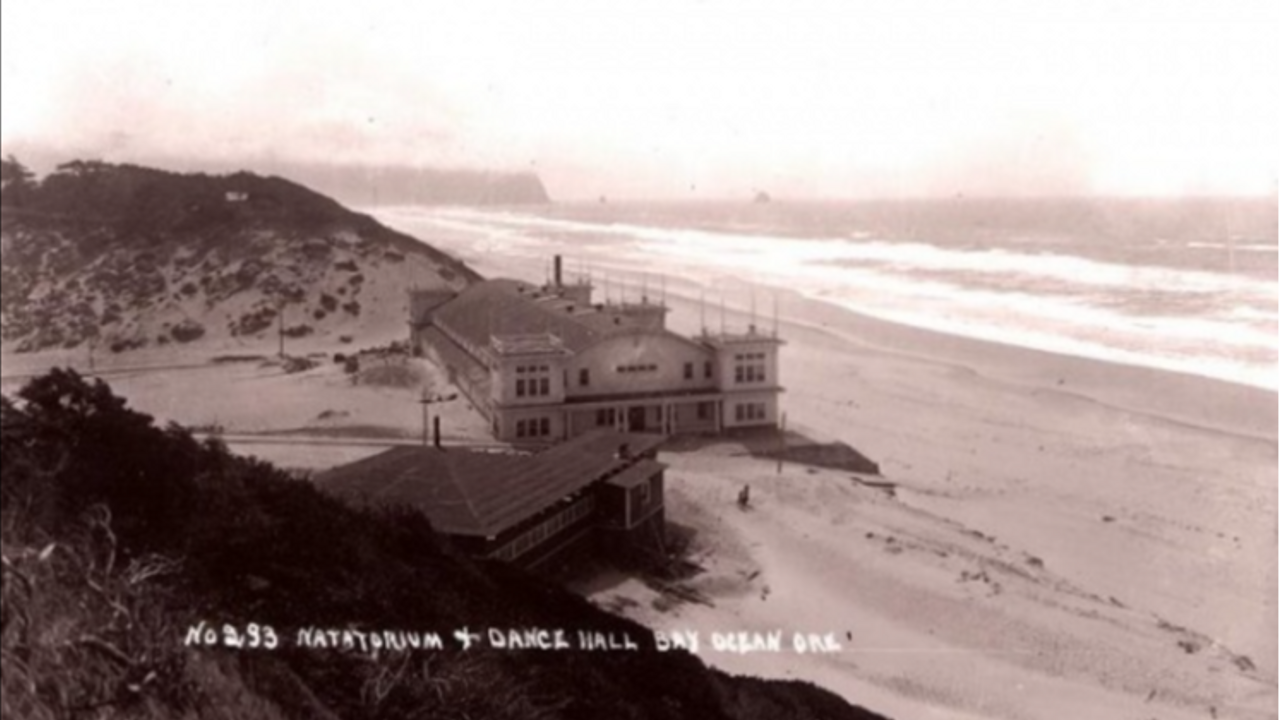 "The Ghost Town that Fell into the Sea"

And... the best way to destroy your business disregarding the facts.

In the past, within Oregon, USA, there was a town known as Bayocean which was situated right near the Pacific Ocean.

In 1906, the real estate developer T.B. Potter laid out the town of his dreams on a sandy peninsula. Potter sold 1600 lots and constructed a hotel, a dance hall Post office, shops, and a swimming pool for the people who lived there.

There were no roads that led to Bayocean. The only way to reach Bayocean was via boat, and landing was treacherous, risky, and scary as hell.

The residents, therefore, chose to construct a safety Jetty. They also asked the Army Corps of Engineers to study the area and they later informed the town that they did not need just one jetty, but two that were on either side of the bay's mouth. The cost was expected to total $2.2 million, half of which residents of the town will have to pay.

The residents decided to cut back on cash. They did not have $1.1 million and didn't know why they needed to construct two jetties even though one could be sufficient.

That's why Bayocean's soon-to-be-ex-homeowners paid half of $800,000 to get the single jetty built.

Then for a time, the weather was good. The steamship trip across the sea was more relaxing and less scary.

However, there was a valid reason for why that the Army Corps of Engineers said that two jetties were required since soon the beach became a bit smaller and, in the next few years, the beach became a LOT smaller. Through the construction of just one jetty, ocean currents were changed, and the land was becoming eroded.

The beach first disappeared. Then, a huge storm destroyed the beach's swimming pool.

The hotel began to fall room by room into the ocean. Houses began disappearing. The sand cliffs began to be eroded from beneath, and houses were thrown into the sea and disappeared with the next storm.

Then, in the early 1970s the second jetty was built. It was able to solve the issue due to the currents, and the sand began building its own structure.

As if it's never existed.

If you look around the site today, you'll discover... there is nothing. Nothing but brick or concrete remains. It's just a pristine natural coastline, and a single marker to indicate the place of the most enduring payback to the dangers of ignoring the consequences.

I'm not sure what you're doing in your industry. However, I can assure you that in the near future, you'll be asked to make a the choice. You may decide to take the low-cost route and save some cash. Be aware that the consequences could be severe.

You might want, for instance, to get someone on board to handle the business's specific aspects. You could take the cheap way and save money. If this leads to a decrease in customers, sales, or conversions is it worth the cost? Most likely not.

Every day we have to make a choice on whether to go for the cheapest route or the costly one. There are often there is no reason to spend more on something you don't have to.

However, there are instances when spending more money could mean the difference between success and losing all your money.

People living in Bayocean lost everything due to the lack of an additional Jetty. The residents lost homes, land, and their entire community. One of the residents was so upset that he spent years dragging wheelbarrows full of sand to the shore in an effort to save his house, but then lost it to sea as did all the other residents in the community.

If you're ever faced with the option of making a financial decision be sure to remember Bayocean and make your choice carefully.