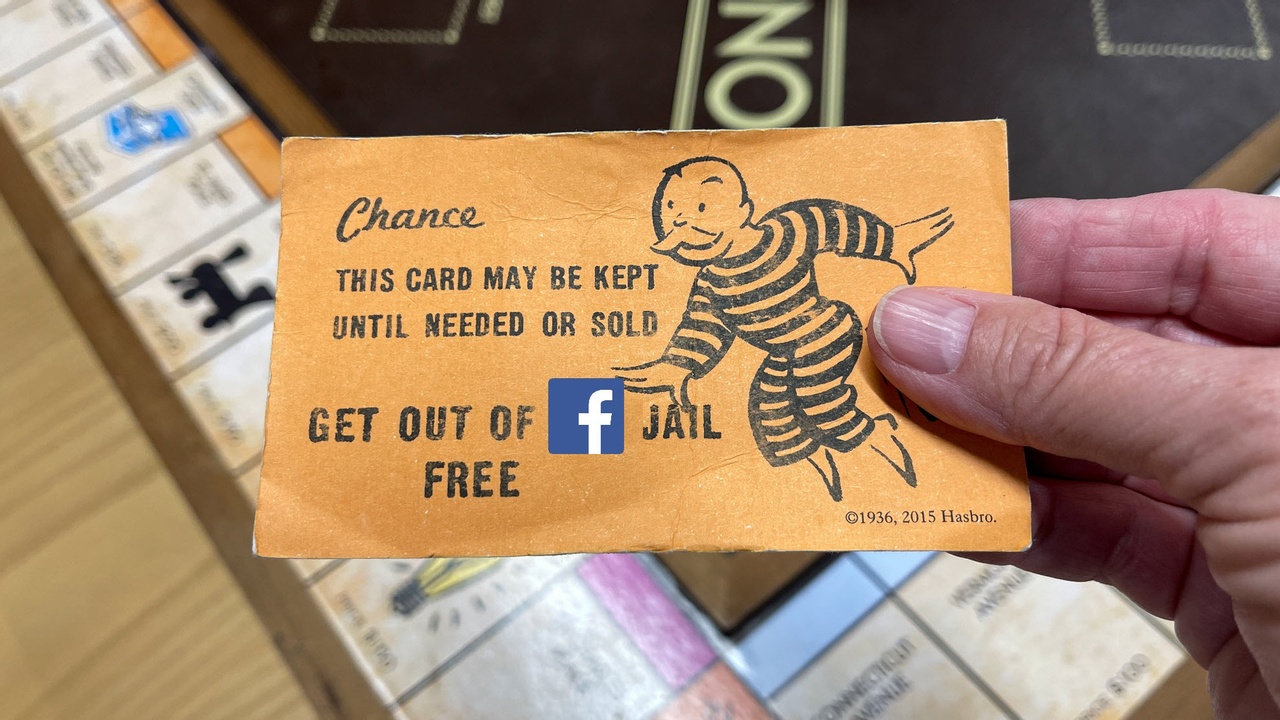 Facebook “Jail” is when users are blocked or banned by Facebook from posting on the site or accessing their account. This is supposed to happen because of violations or spammy behavior, and it can lead to a Facebook account being deleted permanently.

But here’s the thing…

Facebook content moderators review posts, pictures and videos that have been flagged by users or artificial intelligence about 3 million times per day. To do this, Facebook employs about 15,000 content moderators. With 3 million posts to moderate each day, each moderator looks at 200 posts per day. That’s 25 posts per hour if they work 8 hours, which works out to 150 seconds per post to decide if it meets or violates community standards.

Imagine if even a handful of those 200 posts are 10-minute videos. Now the moderator will only have seconds for some of the other posts. That’s mere seconds to make a determination that can affect your account, your business and your bottom line.

CEO Mark Zuckerberg admits that moderators “make the wrong call in more than one out of every 10 cases.” That means 300,000 times a day, a mistake is made.

Which means no matter how careful you are, you can still lose your Facebook Page or Group and it won’t even be your fault.

For example, Sherry Loucks runs a Facebook page on breastfeeding. She shares only credible content from fact-based sources, yet Facebook blocks every page she runs and routinely blocks her Page for ‘spam’.

Rectifying an unfair ban from Facebook can be nearly impossible. Remember, Facebook users are not considered Facebook customers. If you contact Facebook, you likely won’t receive an answer. If you do receive an answer, it will likely be, “We are looking into this and will get back to you,” which they never will.

Facebook is providing their online community free of charge to users, which means users are not paying customers and cannot expect customer service from them. When you sign up with Facebook, you agree with their terms and conditions which essentially say (I’m paraphrasing here) that Facebook is God and you are not. And since there are no laws which require Facebook to allow you to participate…

Getting yourself out of Facebook jail can be next to impossible.

How can you reduce your chances of being banned on Facebook?

1: Show nothing that can be considered adult nudity and sexual activity. Yes, this includes anything to do with just about anything related to the human body, including breast feeding. Just because you’re in the right doesn’t mean an underpaid and overworked moderator won’t ban you for something that is perfectly moral in any circle except a religious order from the dark ages.

2: Display nothing that could under any circumstances be considered violent or graphic content.

3: Do not refer to dangerous organizations, terrorism or organized hate, even if you are 100% against it. People have been banned for simply using the names of hate groups.

4: Don’t use hate speech. Like everything else, this is open to interpretation. If you’re not sure if it’s hate speech, it probably is to someone so don’t use it.

5: Don’t post about ‘drugs’ and ‘firearms’. To be safe, assume there are no exceptions to these two terms.

6: Don’t post child nudity or any kind or sexual exploitation of children.

7: Don’t post anything that can be interpreted as bullying and harassment. Someone posted something terrible and you want to fight back? Don’t engage – just report them and leave it alone.

8: Don’t talk about suicide and self-injury. This one makes me angry, but you need to be aware that even saying something along the lines of, “If you are feeling suicidal, call this number for help,” can potentially get you banned if the wrong moderator gets ahold of it. Yes, I know that’s [email protected]#$%, but sadly it’s true.

As an online marketer, I realize that Facebook is just one marketing tool of many that we can choose to ignore or use.

If we choose to use it, we need to realize the limitations and risks involved. Above all else, it’s imperative that when using Facebook for marketing, you move your prospects off of Facebook and onto your own website and email list as quickly as possible.

Because sooner or later, they day may come when you get that dreaded notice from Facebook letting you know that as far as they are concerned, you are no longer welcome on their site.

It’s good to be ready, just in case.