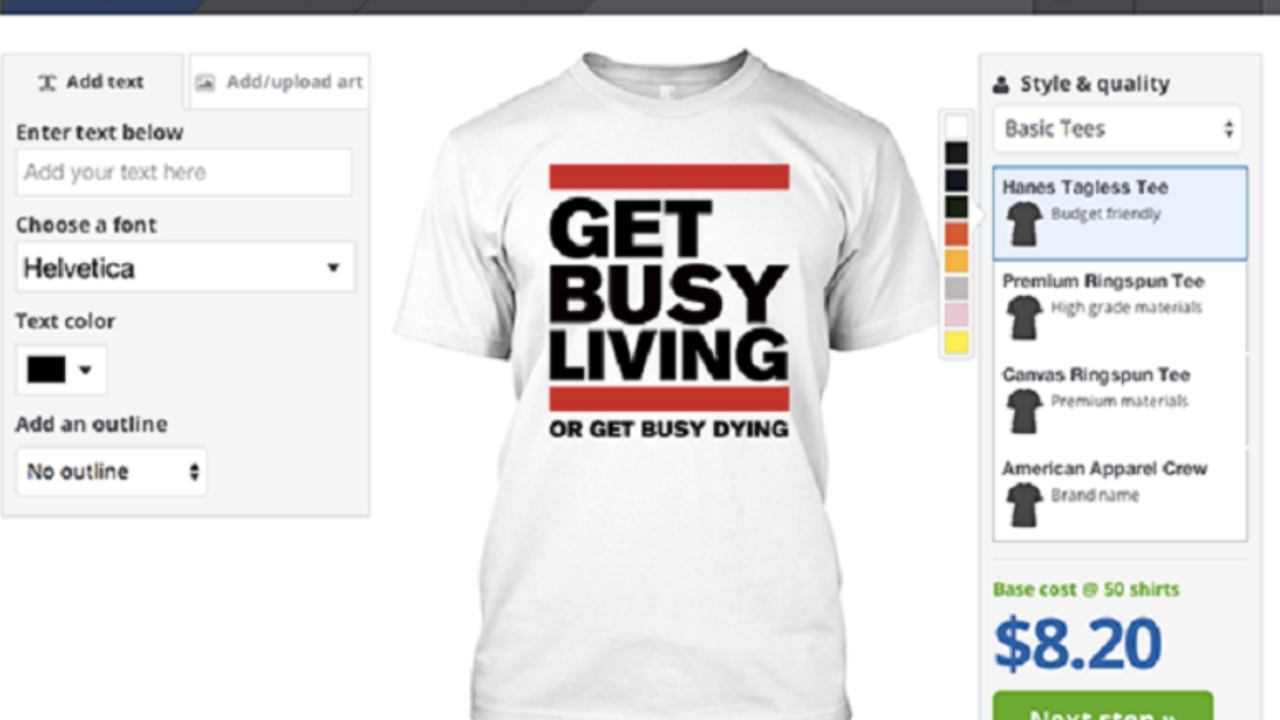 Benny Hsu bought a course on how to make money designing and selling t-shirts. Soon he had his first t-shirt designed and uploaded, ready to sell.

He set a Facebook ad budget at $10. If no one bought his shirt at the end of his $10 spend, he would stop. No one bought.

But he liked the process, so he tried again.

In fact, he tried 20 times more with 20 new t-shirt designs and 20 new ad campaigns. On each one he spent $10 to test it out, and still no one was buying.

Well, that’s not exactly true. He did sell 3 of one of his t-shirts. But since he needed to sell 10 in order for Teespring to print and ship the shirts, it was a non-starter.

If you had 21 failures in a row, would you keep going? I’d wager most people would have stopped after the first or second failure.

He tried t-shirts for dog lovers, hot sauce lovers, coffee lovers, lawyers and more. It would have been so easy to quit, but he persevered.

Campaign #22 was a winning design. He’d found a cute message on Instagram targeted to pediatric nurses, which he spent 5 minutes turning into a t-shirt.

Obviously, this wasn’t a huge profit, but it was exactly what he needed to stay interested. After a few more failures, he had another successful campaign that sold 32 shirts.

He became obsessed, staying up late to research ideas, carrying a notebook all day to jot down t-shirt ideas.

After a full month, he just about broke even.

The next month he kept working hard, still obsessed with trying to find the right audience and sell them the right design.

But this isn’t about the numbers (which are indeed interesting.) This is about the perseverance and sheer obsession Benny displayed in getting his business off the ground.

Determination and persistence can win over talent and luck almost every time.

What is it that you want to accomplish?

And how many times have you tried?

But what if you don’t know how to start?

According to Benny, that’s one of the worst excuses ever. He gets emails form people who say, “I don’t know how to get started.” In his mind, this means the person is lazy. After all, there is this site called GOOGLE that is helpful for learning… anything.

Just figure out what your first step is and do it. Then focus on the second step and so forth.

You’ll make mistakes. Maybe 21 of them, or more. As you know, those are called learning experiences. Don’t aim for perfection, just get it done and shipped, whatever it is.

Become obsessed. Think about it from the time you wake up to the time you go to bed. Dream about what you’re doing. Put massive time and energy into it.

After all, your success might be only one obsession away.